Working with TriNet has gotten us to a place where people know that we're moving on to bigger and better things. The overall benefits options TriNet provides access to have been really positive for everyone.
Richard Margolin
Founder and Chief Technology Officer, RoboKind 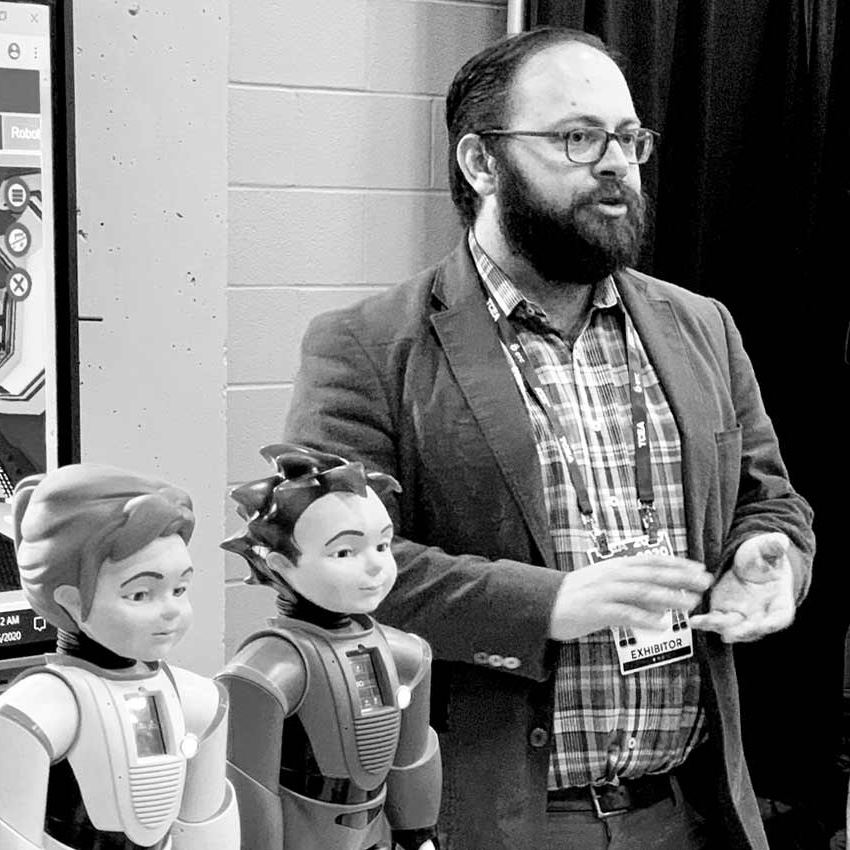 RoboKind needed an HR solution that combined a self-service HR platform with access to attractive benefits offerings to help them attract a team that could support their ambitious goals.

Core HR services are unified under a single, comprehensive technology platform, so the team can focus on their mission of achieving breakthroughs with autistic children through their robotics-based curriculum. And their employees are well taken care of with access to a variety of benefits. 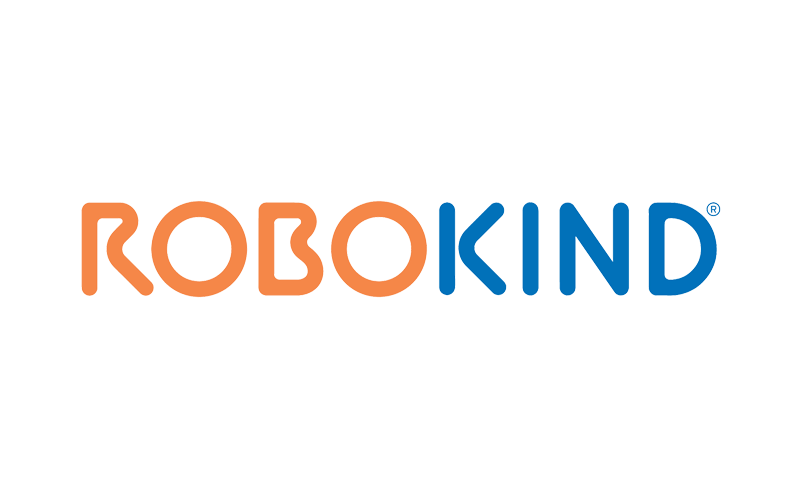 Meet Milo, a new kind of best friend for kids with autism

Not everything needs to be bigger in Texas according to RoboKind founder, Richard Margolin. Standing at only two feet tall, a life-like, facially expressive robot named Milo developed by RoboKind is breaking barriers for children with autism spectrum disorders (ASD) by teaching critical skills. For many students on the autism spectrum, traditional one-on-one human therapy is too overwhelming because their primary challenges are social interaction and communication. A better approach to successfully engaging these students is through social narratives, flash cards and video modeling delivered by the robot in a consistent, repetitive manner. “It doesn't matter how wonderful and caring you are. It's really difficult for us as humans to be able to sit down and do lessons consistently, in the same way, so that is what robots are good at,” said Richard.

The robot may not be big, but the impact on children with autism is groundbreaking in the approximately 500 school systems currently using RoboKind’s technology. “We have lots of amazing stories of kids who are 14 years old, still nonverbal and have trouble with the basics. They do one or two lessons with us, go home and say hi to their parents for the first time,” said Richard. In addition to helping achieve breakthroughs to calm down, greet someone and recognize emotions, the robot technology has proven to engage the autistic student 87.5% of the time compared to 3% with a person. “From a research standpoint, we took as many of the gold standard, evidence-based practices for teaching people with autism and we crammed as many of them as we could into our program in every way that was reasonable,” said Richard.

TriNet’s helped us lay the foundation to continue to grow as a company and already have some of these workplace policies established.
Marissa Moyer
Director of Culture, RoboKind

A formal HR solution for an informal, big-hearted robotics team

Like the founding stories of many other start-up companies, Richard pursued his passion to start RoboKind in 2011 after departing from a larger company—in his case, a human-scale robotics company. At that time, RoboKind used a popular online accounting application for payroll—a process which Richard describes as painful. As RoboKind was on a trajectory to become the only company in the world mass-producing facially expressive robots and overcoming challenges with new manufacturing processes, Richard realized he needed a more comprehensive HR solution that could flex with their needs.

TriNet’s payroll administration services and self-service tools allow Marissa Moyer, Director of Culture at RoboKind, to spend less time on payroll and more time on the RoboKind team. “I don’t have to think much about payroll. If I need to make changes, it’s easy—but it doesn’t take up very much mind space for me which is good because I don’t have the time,” said Marissa. Instead, she can focus on employee development and ensuring their company values are clear and embraced. “The general HR functions, payroll, all of that has gotten a lot easier with TriNet,” said Richard. “The benefits offering was something we definitely needed and wanted for our employees. We wanted to make sure everyone was comfortable and secure so they are focused and happy to be here.” With TriNet, the mission-driven RoboKind team has access to a range of benefit plan offerings allowing for choice and flexibility so they can feel appreciated.

Marissa also appreciates the more complex HR tasks that TriNet helps with. For example, a strategic expert advised Marissa on various components of their employee handbook and new remote work policy. Whenever employee relation issues arise, TriNet supports Marissa on how to navigate unfamiliar situations and mitigate employment-related risk. The RoboKind team may be small but they know that they can’t afford to ignore HR compliance—they must check off many of the same employment-related requirements as large companies with dedicated HR departments. “TriNet’s helped us lay the foundation to continue to grow as a company and already have some of these workplace policies established,” said Marissa.

The general HR functions, payroll, all of that has gotten a lot easier with TriNet. The benefits offering was something we definitely needed and wanted for our employees.
Richard Margolin
Founder and Chief Technology Officer, RoboKind

In addition to payroll services, the TriNet technology platform includes solutions for reporting, benefits, expense management, performance management and applicant tracking, to name a few HR functions used by the RoboKind team. For Richard, having a centralized, comprehensive tool for these tasks is his favorite aspect of working with TriNet.

Marissa frequently uses the TriNet platform reporting tool, Workforce Analytics, especially since RoboKind received a PPP loan in response to the COVID-19 pandemic. She doesn’t need to feel overwhelmed during the loan forgiveness application process as she can use PPP-specific report templates built by TriNet. One report that she can easily run provides a detailed breakout of eligible payroll costs for a selected date range as defined by the PPP loan statute. “It went from being a nightmare of cobbling together a bunch of data to just one click and I've got everything I need,” said Marissa. As she begins planning next year’s budget, Marissa finds it helpful to have immediate access to cost center data in Workforce Analytics, which allows her to drill down into all of their employee costs, not just base compensation.

TriNet also helped RoboKind adopt a formal paid time off (PTO) policy which they desperately needed. Marissa described their initial PTO process as “a free-for-all of sheets of paper and spreadsheets.” With an automated tracking and approval system in place, Marissa considers PTO management as a task she doesn’t need to constantly think about. The self-service tools in the platform make it easy for her employees to request time off and access their own balance and accruals, freeing Marissa up to handle more strategic responsibilities.

“Having this type of service with TriNet, especially as a smaller company, helps to build credibility with your employees to show that we have all of their bases covered. We’re a real company,” said Marissa. Richard acknowledged that, “working with TriNet has gotten us to a place where people know that we're moving on to bigger and better things. Recently, we were able to implement the TriNet 401(k) plan. The overall benefits options TriNet provides access to have been really positive for everyone.”

Having this type of service with TriNet, especially as a smaller company, helps to build credibility with your employees to show that we have all of their bases covered. We’re a real company.
Marissa Moyer
Director of Culture, RoboKind

Priming for growth to help a broader range of people

TriNet’s support helps the RoboKind team single-mindedly focus on what they do best—pioneering robots and curriculum for students of all capabilities. “All I care about is that what we do works and it’s really impactful,” said Richard. “Looking forward, we intend to continue to develop and expand our curriculum content in ways that we know are going to help a broader range of people.” RoboKind is excited to release an avatar version of their program to support students’ remote learning experiences, a curriculum to teach kids to code and provide more professional development tools for teachers. As they prime for this growth, the education technology company plans to grow their team, confident that with TriNet as their HR ally “it will be easier to attract really good people and keep them.”

Learn how TriNet’s comprehensive HR solutions can help your business.

Fill out the form and we’ll contact you to set up a time to chat.
Looking for support? Get Support